The True Perspective–Everyone Needs To Visit

The True Perspective—Everyone Needs To Visit

SPACE TRAVEL has given us a perspective heretofore unrealized, for looking back at “Earth” was simply impossible. If each person on this planet could float in space to actually view Their Planet, I have no doubt the impact would be momentous. Why? Because all the chaos of living on this planet would be seen from the “World” perspective, rather than one’s individual bias. Perhaps for the first time anger and disdain would be seen for what it is–petty. Anyone with an IQ of over 15 could not miss the message, and only the ignorant would be unchanged.

If we could charter a flight into space for the leaders of all nations and all religious groups and warring factions, and have them sit together in a crystal dome merely peering back at our spectacular blue planet, surely they would for the first time understand the flawed view of their situation, and feel the true magnitude of world peace.

Circling the earth in orbit, seeing each continent slowly slip underneath them, one after the other, each occupying its unique place on the surface of this globe we call earth, with massive oceans and flawless landmasses, this perspective would put each of those political and/or religious leaders firmly in their place. After passing over their particular tiny little chunk of earth and view it in relation to all around it, they should realize “They” are not in control and never will be, but instead, are simply a tiny part of a beautiful whole. As they circle their planet time and time again, the enormity of what they see below them, in comparison to their tiny footprint, would bring them to understand that no matter how much they wanted to rule all they see, they could never succeed. It would hit them hard that the only thing that makes sense is to work together toward a peaceful coexistence.

It might even be pointed out to them that the massive destruction of the twin towers in NY and the pentagon, the obliteration of embassies, the car bombs, or even the destruction brought about by a nuclear bomb, cannot be noticed up there; that they were mosquito bites. And no matter how much harm they inflict on those with differing beliefs, they only do greater damage to themselves and their cause. I propose that in seeing the earth as a single entity, each of them would realize that all those nations below, with their own religions, traditions, and politics, have a right to their beliefs, principles, and philosophies, and more importantly that they present no threat.

If they watched the earth spin slowly below them in its entirety they would realize that there is no logic or sanity to thinking that all they see beneath them could ever be of one religion, language, or single political structure.  As they pass over China, then India, and watch Pakistan move past them, and then Iran and Saudi Arabia, Turkey, and Africa and Europe, the huge Atlantic Ocean, the United States and Canada and South America, just maybe it would impale upon their psyche that each is a part of the whole, and peace and love are so much better than war and hate.

Perhaps as the group took in the magnificence of the earth below them, the Hopi Indian Chief would explain how the Hopi people believe that all of the world’s religious faiths have a spiritual thread, and that each thread is attached to every other thread, wanting to connect and interweave, and when all the threads weave together in unity and understanding they will form a rope that will pull everyone out of mistrust and disdain and into a realm of brotherly love and spiritual harmony. That through this spiritual lacework, all will recognize that even though the method of devotion, the deity, the terminology, and the place of worship may differ widely, the purpose and value of each of them are all absolutely “identical.”

It should be obvious that one’s tiny little bit of this huge blue planet is indeed linked to all the neighboring lands and peoples, and the only sensible and virtuous plan is one of harmony and friendship. And like the web of the Hopi spirit, through peace and love, one can only strengthen each and every member of humanity.

Please, take a few minutes of your time, click on the link below. Make it full screen and turn your speakers on. And as you float in space and watch our beautiful blue planet slowly move below you, think not of the trials and tribulations of your day. Contemplate ONLY three things as you hear and see such incredible beauty–Peace, Happiness, and LOVE. Just be out there in space sitting next to that old Hopi Indian chief looking down, and think of universal peace. Let your mind transport you to a beautiful, wondrous place—let yourself go — PEACE – HAPPINESS – LOVE.

5 Responses to The True Perspective–Everyone Needs To Visit

« THE FABRIC OF OUR CHARACTER–OUR QUILT ENDOWMENTS OF PERFECTION »

Your cart is empty. 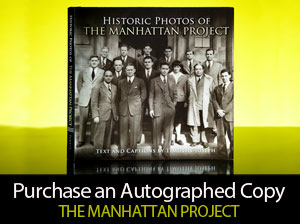